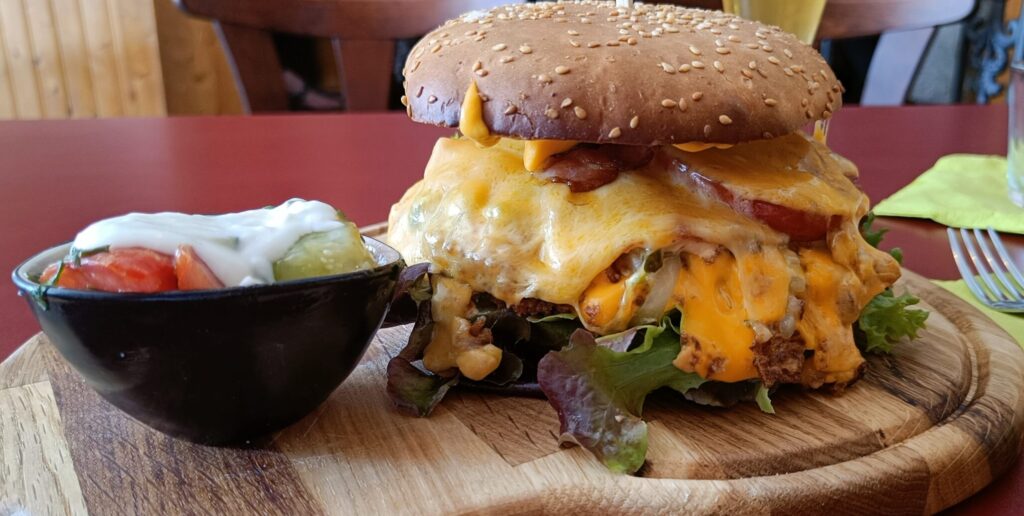 St Blasien is difficult… I told you already that much! I wrote so in one of my former blogs, didn’t I? So a couple of months El Panchito was closed again. And the owner Richard Torra was looking for a new cook. Weeeeell, it looks like he’s done it!

Monday lunch time. No power to do a simple but lecker lunch, so I decided to step out into a nice late summer sun and walked into the CITY, through the CITY – ha, ha – and arrived at the El Panchito.

I heard a couple to guys taking about El Panchito and that the owner got a new cook and that the guy – UK guy, good cook – also had his own restaurant before. That sounds promising and if he could do a nice surprise like the family had done at ‘Bergstüble’ at Kalvarienberg in St Blasien.

The restaurant was nearly full, well the wood sculptors had their lunch break and some of them had found their way in to El Panchito, and others. I ordered a beer from the tap – here from Waldhaus, great beer as well – and checked the menu. 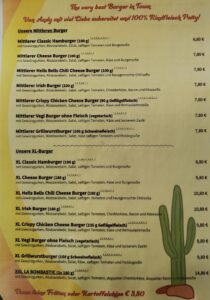 The menu looked simple, but it sounded promising. Really! So I decided to go for a XL burger, and I decided to move to Ireland. So I waited… and had to say, I waited how this burger would do. Then the waitress came around the corner and I thought: ‘Wow!’. So big? The burger was stuffed with a 180g of patty, pickles, onions, tomatoes, cheddar, bacon and cheese sauce – and it was still perfectly stuffed in exactly that amount that it didn’t fall down on the wooden plate.

So, Andy! This is a real Burger Place, where guests can eat a mouthfuls of burger, chicken wings, salads and other things! And that in a city – with all in all of there parts – 4700 inhabitants. Wow! Keep your great cooking going. And Richard: Congratulations for this great lucky find!