Restaurant Classico in Frankfurt with Lobster, Artichoke and White Asparagus

This year’s summer is worse sun-wise. I have been in Frankfurt since I am back from Thailand and counted days when we here had nice sunny weather: I counted 12 days!

So, because the sun – yes the true sun, thank you my God – was putting her nice and warm fingers over the last trees and bushes over the Westend, I decided to put my whity skin out into the sun! Classico, yes please!

And the μαέστρος confirmed to me what I saw on the poster outside: Yes, they have lobster. So the main was easily decided. And as starter? Well, it’s the time in Germany where every restaurant offers a range of white asparagus. So why not the artichoke and asparagus salad. Because with this – I hope – light weight salad I could take some calories of my dinner menu.

The salad was great: With lots of dill in its very yummy sauce, the fresh white bread dipping in it, a second glass of Hugo – a light cocktail with syrup or liquor of elderflowers,

sparkling wine, a lime cut, mint leaves and ice cubes – I could sit here all evening long, if the sun would promise me to hang where it hangs just now.

And as would have the artichoke and asparagus just made the start for something even better: because the plate with my lobster arrived.

It was like I liked it: The lobster cut in half, all entrails put away all ready, and the lobster tail easily to take out with mouth-watering lust.

I do think they had made a perfect sauce for the lobster and poured it over the tail to serve it: A lot of green herbs mixed with Greek olive oil. It was the great taste of the lobster’s soft meat and the perfect sauce which made this dish a great dinner on a early sunny summer evening.

And while the sun went down below the houses of Frankfurt’s Westend, I hope it saw my face and a light smile around my lips when I send a ‘To your health!’ and that I hoped with it, that this was the beginning of a better summer then spring had been. 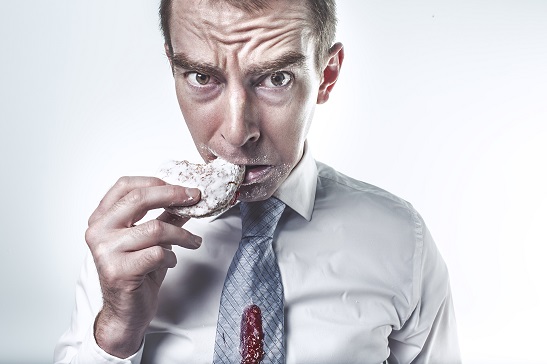